AROUND the WORLD of CLUMBERS extra snippets of Clumber news

Spice Twice Bors De Ganis was Best of Breed and Best in Show 2 (Reserve Best in Show) at the Finnish Spaniel Club in 2011! He also completed his Finnish championship title with the breed win. Judge was Kathy Gorman (UK) 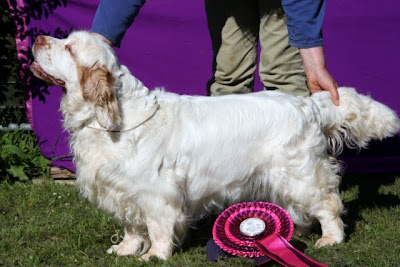 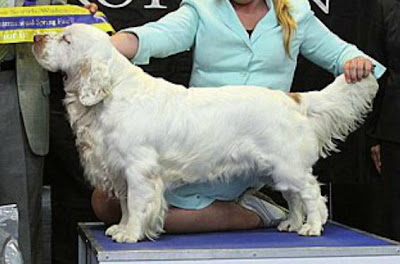 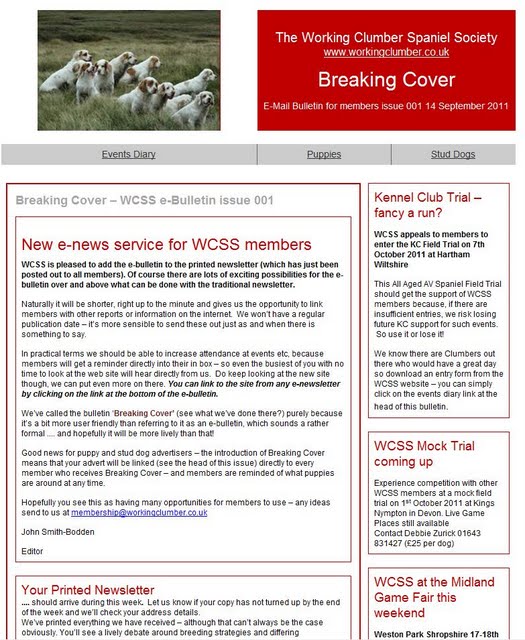 called Breaking Cover, it is neatly laid out, and members are kept up to date with important time sensitive items.

Of course, the big news from the UK, is the recent death of Bill Ironside, the man in the kilt. Bill was noted for his passion for the more heavily built Clumber that could get into the field, and bred under the Belcrum prefix but also became involved in his wife’s kennel Tavirosh on their marriage. Bill was noted for his ability to stand and deliver on any ideas that were dear to his heart, and you will find reference to his passion in the minutes of both UK clubs and in fact the Kennel Club. His most noted show winner and breed sire was 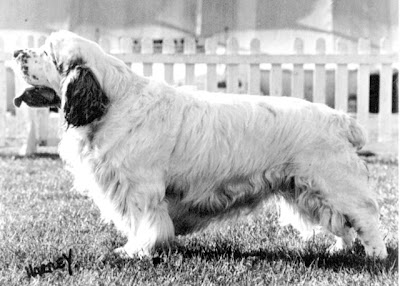 EngCh (not only a ShCh) Tollylog Angus Mor of Belcrum from many years ago, but still easily spotted in pedigrees across the world today. 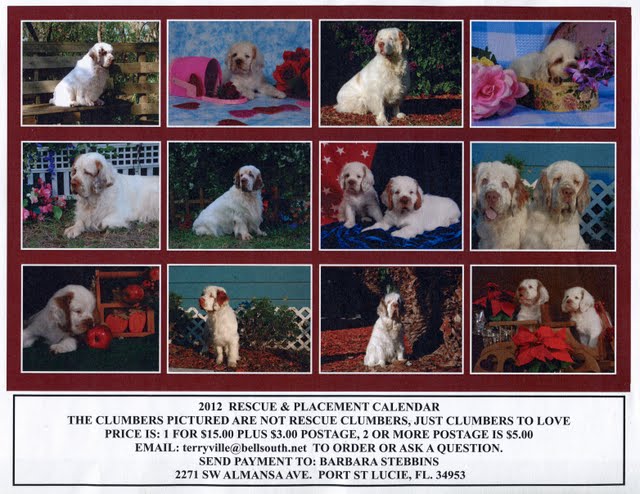 have a look at the fabulous array, and order your copy from terryville@bellsouth.net (extra postage required for delivery outside the USA, prices are US$)

Still in America, great to see active encouragement on public education and support with this full page advert from the CSCA Bulletin Summer 2011 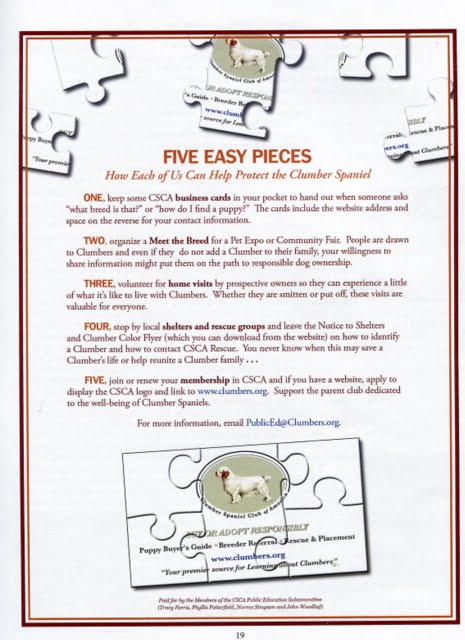 And don’t forget the CSCA store! 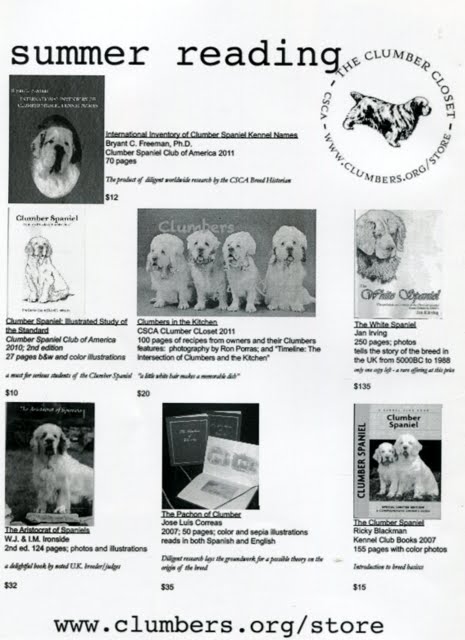