Ok, this time three finds from the local dog library, I do have a bit of an advantage there in that I volunteer with them, but if you ever get a chance to drop in your own local library or dog library and find some fabulous archival material see if you can scan it or, like I have here, take photos of the pages.

This is the French Spaniel Club magazine (late 1960s) to feature the breed, and it is a splendid feature with photos I have not seen before. 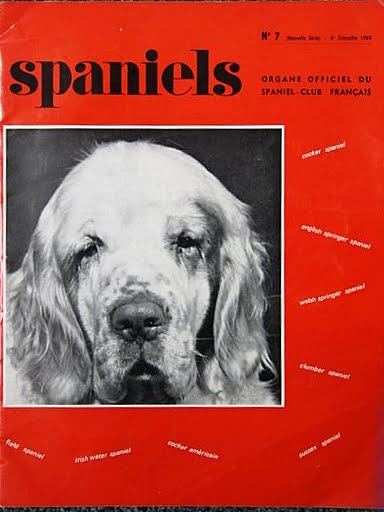 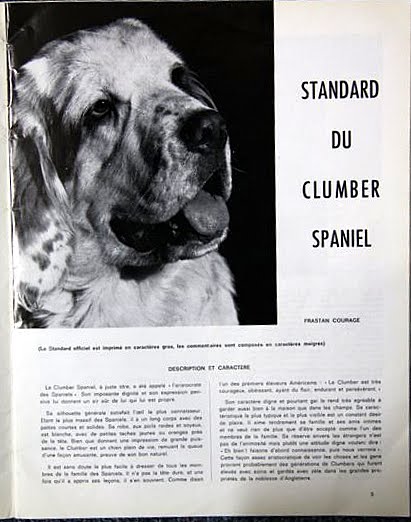 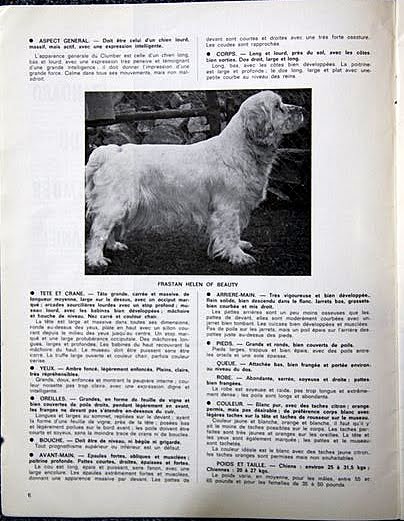 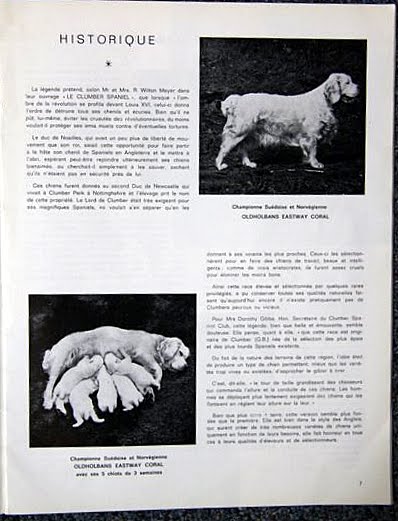 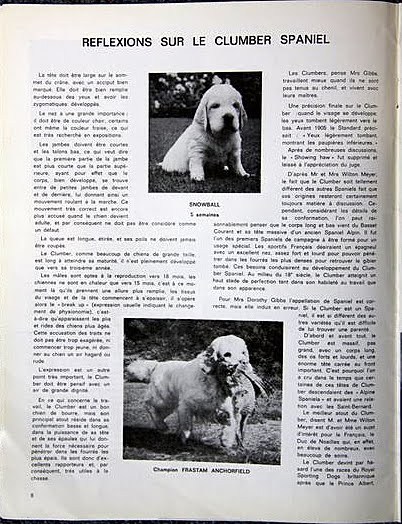 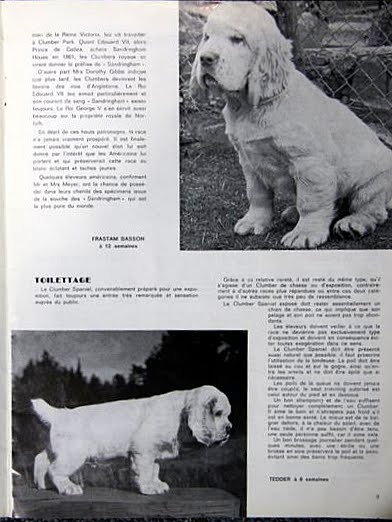 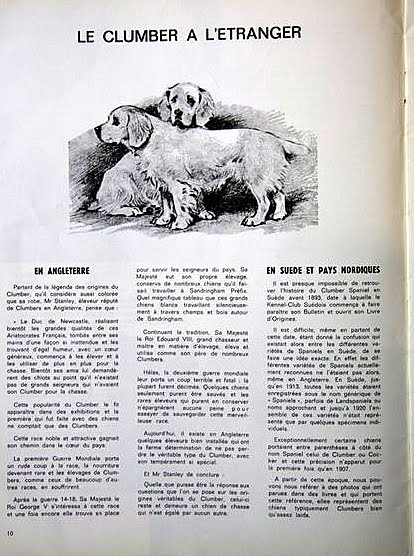 Next is the famous book by Judy de Casembroot, it is nothing that exciting, but for its era it show-cased the Spaniels as a family. Published in 1961/2. Judy de Casembroot owned the Treetop Cockers and Greyhounds, and published other titles including The Merry Cocker and The Treasury of Puppies. She judged all over England and overseas. She died in January 1992. 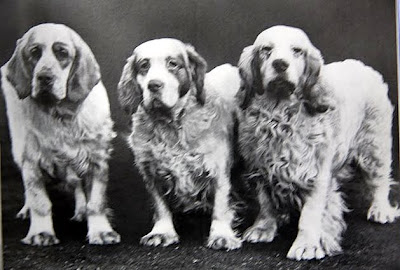 which I gather from the photo credits (had to hunt for them!) are Belgium Clumbers, no doubt late 1950s or 1960s dogs. 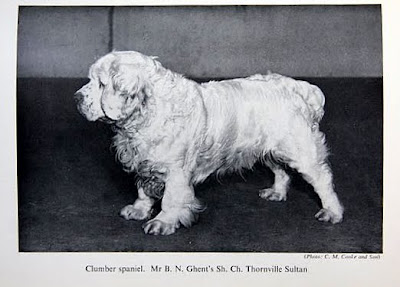 Whelped in 1953, I remember my father had a copy of this print on his study wall, that Brian Ghent had sent out to him in the 1950s.

And finally, just to prove you have to check everything, even unlikely titles, to find gems, is this I guess American dog who represented the breed in Ella Moffat’s Elias Vail Trains Gundogs 1964, I have absolutely no idea who the dog is, not a bad sort of Clumber, a bit ‘on leg’ but that could be due to being in working condition. She does remind me of this picture by Edwin Megargee from 1954. 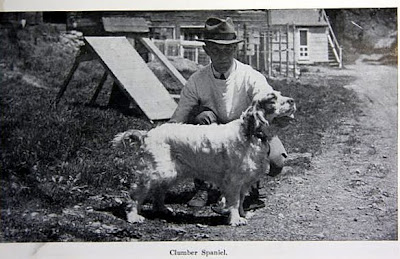